Toshiba has affirmed its commitment to the proposed new reactors at Moorside.

The announcement formed part of a review of Toshiba’s overseas nuclear power business, after the Japanese corporation recording a $6.3 billion loss on its Westinghouse subsidiary following a troubled acquisition in the US. Toshiba  holds a 60 per cent stake in NuGen, the UK developer planning to build three Westinghouse AP1000s at the site in West Cumbria.

NuGen chief executive Tom Samson said: “The project has made significant progress since Toshiba took over as major shareholder in 2014. The site has already been proven as suitable for three Westinghouse AP1000 reactors, two phases of consultation have found the public overwhelmingly supportive of the need for new nuclear and have helped shape the plans for Moorside.

“The UK government is supportive of NuGen, as a maturing and highly skilled nuclear organisation, and has remained firmly committed to new nuclear – stating that nuclear has a crucial role to play in securing our future energy needs, especially as we look to move to a low carbon society.”

NuGen says it will continue to progress plans to develop Europe’s largest new nuclear power station. The proposed Moorside plant will be capable of generating up to 3.8GW of low-carbon electricity – equivalent to seven per cent of the UK’s electricity requirements. Toshiba will seek to sell its stake to investors following a final investment decision on the project.

Mike Tynan, chief executive of the Nuclear AMRC, commented: “The proposed new nuclear power station at Moorside, comprising three Westinghouse AP1000 reactors, is a vital element in the replacement of our ageing nuclear fleet. I’m delighted that NuGen will press forward with this project. We at the Nuclear AMRC are committed to supporting NuGen and Westinghouse in their UK supply chain development activities.” 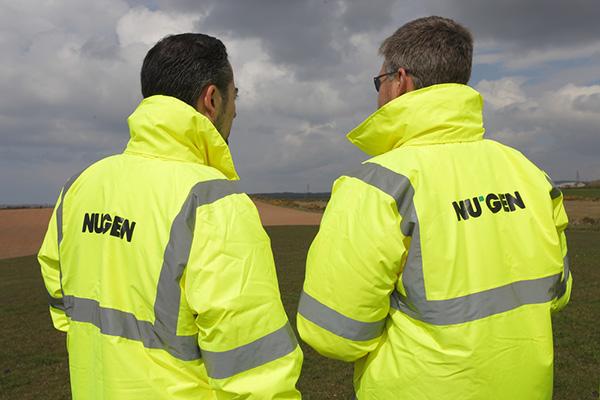