Copeland in Cumbria has become the first community to formally consider hosting the Geological Disposal Facility (GDF) for radioactive waste.

Working Group Copeland will now start the process of local discussions and fact-finding about the potential siting of the GDF in the area. The group comprises individuals and organisations, including Copeland Borough Council, and representatives from Radioactive Waste Management (RWM), the government-owned organisation responsible for developing the GDF.

The group’s formation is the first step in identifying a willing community and a suitable site to develop the UK’s capability to dispose of higher-activity waste, said RWM chief executive Karen Wheeler.

“This is a vital project for the UK and for future generations,” Wheeler said. “Building a GDF will be one of the biggest environmental protection projects of our lifetime, and one of the largest infrastructure projects over the next century.

“For the successful community, the economic, employment and investment opportunities it creates will be truly transformational. The project will create large-scale employment opportunities over decades, well into the next century, as well as major scope for locally-based supply chain and businesses.” 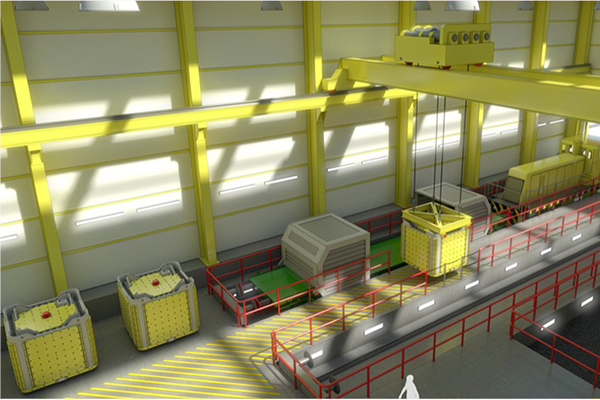 A GDF would be made up of highly engineered vaults, located hundreds of metres underground, and designed to protect the environment while higher-activity radioactive waste decays naturally to safe levels.

Development of a GDF for the long-term disposal of radioactive waste will require extensive research into a host of areas including engineering, materials and applied social sciences. In August, RWM launched a Research Support Office in partnership with the Universities of Manchester and Sheffield, with the Nuclear AMRC’s Professor Steve Jones leading the advanced manufacturing programme.